Valencia plastic surgeon Dr. Howard Hu is a native of Los Angeles and has lived there for nearly four decades, except for periods of training. At an early age, Dr. Hu gravitated toward plastic surgery.

This field sparked his interest because of its artistic elements and the satisfaction of working with patients. Cosmetic surgery is his calling and his magnum opus, or great work.

For his undergraduate studies, Dr. Hu attended the University of California, Los Angeles (UCLA) on a full academic scholarship, where he was admitted as a University of California Regent Scholar, an honor given to a select few incoming freshman. He graduated from UCLA in 1991 with both college and department honors and was elected to Phi Beta Kappa.

Next, Dr. Hu went to the Baylor College of Medicine, also on scholarship, where he received his medical degree in 1995 as well as a special citation for his studies in medical ethics. He then completed a 5-year general surgery residency at University of California, San Diego in 2000. Dr. Hu went on to complete a two-year fellowship in plastic surgery at UC Davis in 2002, where he also served as Chief Resident.

Since 2003, Dr. Hu has provided for the plastic surgery needs of Santa Clarita, the Antelope Valley, and neighboring areas. Dr. Hu previously worked with a plastic surgery group, where he was known for his incredible attention to detail as well as his high rate of patient satisfaction. For his efforts, he was awarded their Physician of the Year award in 2004. 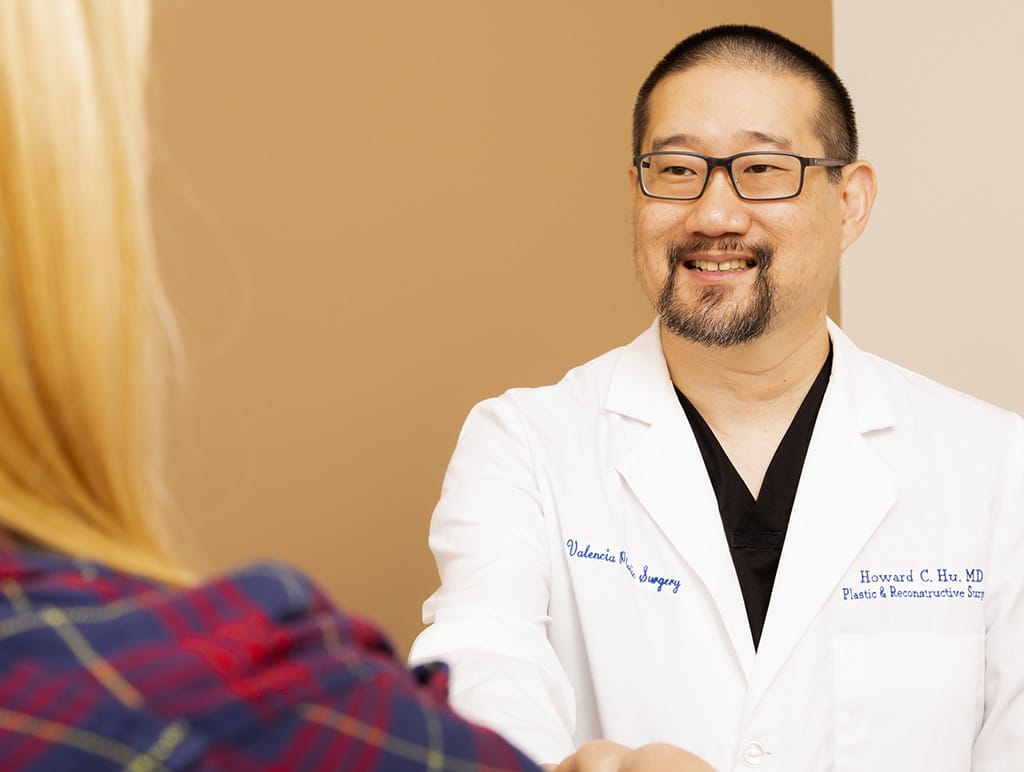 In 2005, Dr. Hu founded Valencia Plastic Surgery to provide for both the aesthetic and reconstructive plastic surgery needs of Santa Clarita and the surrounding region. He is committed to excellence in comprehensive healthcare for women and men in a partnership that honors patient individuality and dignity.

His approach involves understanding the patient’s healthcare needs and implementing state-of-the-art techniques within the setting of compassionate care.

Dr. Hu is a member of the medical staff at Providence/Holy Cross Medical Center. He serves on the Medical Executive Committee of the Summit Surgery Center in Santa Clarita, as well as being the chairman of the Physician’s Advisory Board for the surgery center.

In 2008, Dr. Hu was invited by the American Society of Plastic Surgeons (ASPS) to serve as an ambassador to China in a cultural and intellectual exchange program between plastic surgeons in the United States and those in China.

Dr. Hu is proud to have had the privilege of treating patients from many different states, as well as countries.